Star, astronomically, is known as a massive shinning sphere of hot gas. About 5,000 stars can be seen with the naked eye, although not all of these stars are visible at any given time or from any given place. With a small telescope, hundreds of thousands of stars can be seen. The largest telescopes disclose millions of galaxies, which may each contain over 200 billion stars. Modern astronomers believe there are more than 1 x 1022 stars in the universe (this number is very large, a 1 followed by 22 zeros).

The color of stars—ranging from the deepest red through all intermediate shades of orange and yellow to an intense white-blue—depends directly on their temperature. The coolest stars are red and the hottest stars are blue.

Subhan'Allah one out of the countless blessings of Allah is stars who serve many purposes. The star most commonly known to us is the 'Sun'. Without the Sun life of on earth would have been impossible. Allah is drawing our attention to this gigantic blessing. A close look of all the different of energies that we are using on this planet earth we'll come to know that the sole source of them are stars (most important of them is of course the Sun).

Stars (especially North Star) have been used by people since the beginning of life on this planet for finding directions. North Star or Polestar is a conspicuous star in the northern hemisphere, located closest to the point toward which the axis of the Earth is directed, thus roughly marking the location of the north celestial pole. A polestar has been used by navigators throughout recorded history for charting navigation routes and is still used for determining true azimuth and astronomic latitude.

An important message conveyed by this Ayat is that the way stars help you in finding the right path at night if you ponder over this impeccable sign of Allah it would lead you to the 'right path' in the long run and help you distinguish between right and wrong. 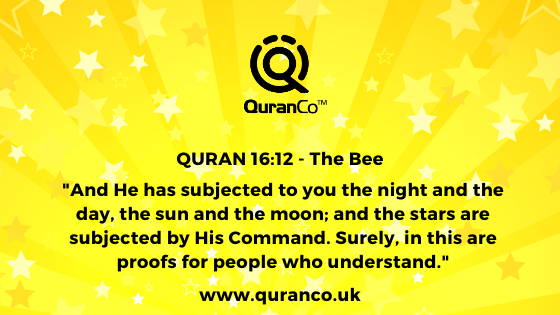